Does the UAE speak English? UAE and Dubai - Language Guide. 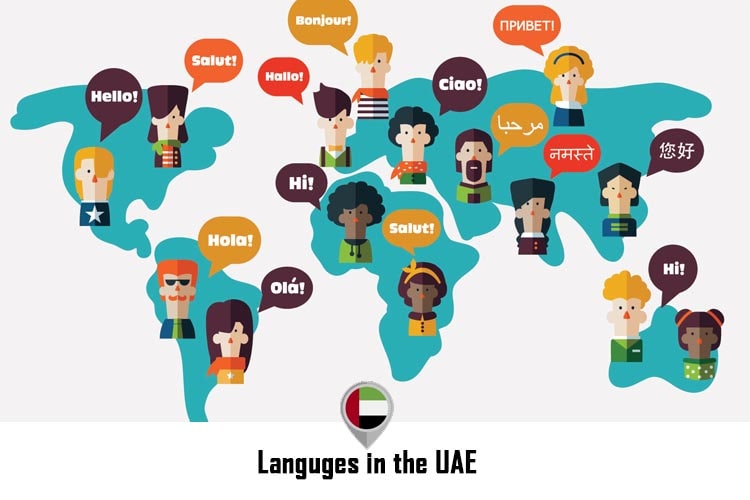 UAE is a middle eastern country. And so, there is a wide misconception that people here speak only Arabic. Nothing can be far from the truth.

You do not necessarily need to learn Arabic to visit or conduct business in Dubai or the UAE.

If you have googled does UAE speak English or languages spoken in the UAE, I am assuming because you are planning on a Vacation or probably migration to the region, so you’re wondering if you’d be able to cope. Nothing to worry about, you are good to go.

Interestingly, the UAE hosts more than 200 different nationalities; it is a nation with one of the largest segregation of ethnic groups in the world. A statistical record took on the total population density of the occupants of the UAE as regards their nationality is as follows.

Of course, when there is the presence of so many different nationalities in one country, it becomes a necessity to have a common language of communication to ease understanding between one other, so the common language of choice in the case of the UAE is English. But you must know there are also a variety of languages spoken in the region which I will make sure to include here, make sure to read on.

Arabic or English is the language spoken in UAE airports

Purpose of the visit?

How long is your visit?

Do you have a return ticket?

Please look into the camera to click the picture.

Taxi drivers in the UAE can speak English – good or broken

Broken English is what the UAE taxi drivers speak generally. Which means that you are going to be just fine. Ask them to use GPS / Google Map location services and they will take you to your destination.

Interestingly Arabic won’t help you much in a taxi unless you got a driver who is from anther middle eastern country or North African region.

App taxi services like Uber are also quite popular in the UAE. Careem is the most popular taxi app. You can try that. Their services are however limited to certain popular areas.

Arabic is the official language of the UAE and so obviously all the government, public sector, police, and courts use Arabic to conduct business. Your documents will have to be legally translated into the Arabic language for them to accept. Nearby every government office, there will be a few translation centers operating to help you with that.

These places are the first to have Emiratisation happened which means the officers in there are going to be mostly locals or Emiratis. Knowing Arabic or getting a PRO (public relations officer) who knows Arabic can make your life much easier here.

Highly developed Emirates such as Dubai or Abu Dhabi has taken significant efforts to make public offices friendly to the large community of expatriates and to attract business to the UAE. There are translators or English / Hindi speakers in the places to help you out.

English is the language used at counters, hotels, restaurants, and tourist attractions in the UAE

In all these places, knowing English is enough to conduct business. You don’t need Arabic. Knowing only Arabic is not going to make your life easier. All these places will have employed expatriates and they speak English first at work and can help you if you share the same mother tongue or they can find a co-worker who speaks your language natively.

Road signs in the UAE are increasingly in English. In some places, you will find both in Eglish and in Arabic. Driving relying on road signs is not very difficult in the UAE.

To get a driver’s license, you should have had passed our few tests which should have ensured your ability to read and understand these. 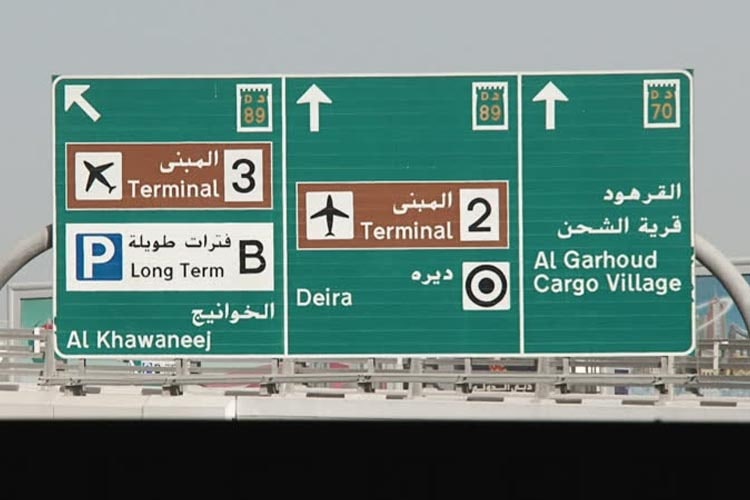 Languages taught and learned in the schools of the UAE

Government schools of the UAE follow the standard curriculum where the medium is Arabic for all subjects. English is taught as a second language and is used for teaching technical or scientific subjects.

Private schools often offer different syllabus which include but not limited to International Baccalaureate (IB), UAE’s Ministry of Education, British, American, French, German, Indian, Pakistani, and Filipino syllabuses. In addition to this private syllabus, they will have to include the mandatory program as needed by the Mistry of Education. Arabic becomes a second language.

Popular languages in the UAE

This is established to be the historical language of the UAE making it the official language, all Government affairs are conducted in Arabic, rules, and laws of the country are also published in Arabic. The Emiratis (the natives of the UAE) mostly speak Arabic, so you will be more welcomed by the natives if you speak Arabic.

Until 1971 UAE was a British occupied territory and that is the reason why English is the primary bride language (lingua franca) and the unofficial language for business.

Roughly 12.69% of the UAE residents are Pakistanis and that is why Urdu (Pakistan’s official language) is widely spoken in the UAE

Roughly 27.49% of the UAE residents are Indians. Hindi therefore is widely understood and spoken in the UAE as well.

Other Indian languages popular in the UAE are Malayalam, Tamil, Telugu, Punjabi, Gujarati and so on.

Persian, which is also referred to as Farsi, is another minority language in the UAE. It is spoken by Iranians. They make up about 5 percent of the UAE’s population.

With an increasing number of residents from the Philippines (Roughly 5.59% in 2020) in the UAE, Tagalog and its regional dialects are quite popular in the UAE as well.

Arabic phrases common in the UAE

Being in the UAE, you can get around by speaking Just English, but there are a few Arabic phrases you may come across in your normal daily conversations. Here are top phrases to take note of;

Marhaba: meaning “Hello”, this is a polite word of greeting when you meet Arabs

Sabah al-Khair: which literally means ‘Good morning”, it is also a common phrase for greeting

Kayfa Haluk: Which means “How are you”, the standard response is “Ana Bikhair, Shukran” which translates as “I’m fine, thank you“.

Shukran: This literally means “Thank you”, to show appreciation.

If someone is trying to communicate with you in Arabic, you can let them know you don’t understand by saying “Laa afham“. You might find some of these Arabic words hard to pronounce, simply obtain a sound clip and practice, soon you’ll be confident enough to use them.

To Conclude- if you can speak English you will do just fine.

In conclusion, we can say, the UAE has two official languages being Arabic and English. Since the majority of the population are non-Arabic speaking expats, there comes the need for a common language of communication, which made English predominant in speaking. All signs and boards are bilingual (Arabic with English subtitles), though judicial orders and Government paperwork are in Arabic, thanks to Translation services that are widely available in the country, you should not see your inability to speak Arabic as a hindrance to living in the United Arab Emirates. Meanwhile, you will always find someone who can speak fluently in any public firm you visit.

The diversity of languages has indeed made the country an attractive location for business and tourism. Dubai precisely makes use of tour friendly linguistic skills which is very evident across the city. So, while learning Arabic can be helpful, it is not essential.