All About UAE’s Cloud Seeding and Artificial Rain 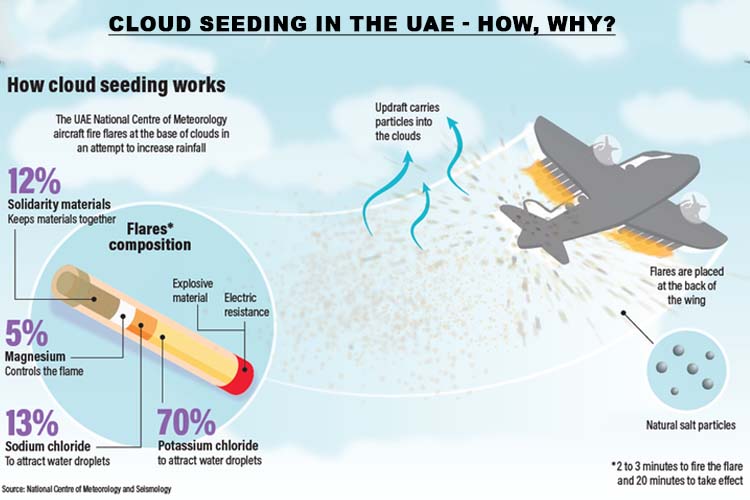 From the onset of the United Arab Emirates, the scarcity of natural pure water sources in the country has since been a major challenge and a great threat to its habitats. The plan of the UAE to the sustainable provision of sufficient water to the people has been a driving force to the country’s technological advancements in methods that will help tackle the challenge. One of the methods the country employs is “cloud seeding” which will be discussed in detail in this piece.

This is a process that we can say is more like altering the natural weather condition and sounds like a thing of the far future. Meanwhile, cloud seeding is a method that has been in implementation way back in the 1990s as a measure to meet water demands which is on a steady increase due to the country’s increasing population.

This piece discusses cloud seeding as it concerns the UAE, why it is done, how it is being done, how it all started, the current situation, and of course, what the future of the operation seems like. Make sure to read on.

It is no news that every rainfall in recent time that occurs in the country, springs up topics of cloud seeding all over the region. In which the most recent occurrence is not an exception. The process is sometimes referred to as ‘Artificial rain’ and some say it is ‘Rainmaking’. Meanwhile, as common as the term is, many people do not seem to understand the process, why it is done, and how it is done. After reading this, trust me your knowledge will be transformed positively.

What is Cloud Seeding?

Cloud Seeding is an artificial method employed to foster an already existing cloud to produce an appreciable amount of rain. It involves distributing substances into air which serves as cloud condensate, altering the microphysical structures of the cloud thereby increasing precipitation rate (rainfall). Its main aim is to increase the amount of rainfall at a particular period.

The process basically enhances the rainfall from clouds, it not appropriate to call it a Rainmaking process per se. It is not used to create rain, it is rather used to increase the yield of precipitation in a cloud that is already detected to contain droplets of water. The technique is employed across the globe as a counter solution to droughts and situations that may arise due to extremities in the weather. It is indeed not a new term in the UAE, It has been in practical operation for more than two decades.

The body put in place to see to the affairs of the cloud seeding operation is the UAE Research Programme for Rain Enhancement Science (UAEREP) which was launched in 2015 under the Deputy prime minister and minister of presidential affairs “Sheikh Mansour bin Zayed Al Nahyan”. It is an initiative whose affairs are overseen by the National Center of Meteorology (NCM) which is based in Dubai.

Ever since the inception of the initiative, it has remained fully dedicated to employing strategies and technologies that are set to create additional water sources in the country. Its key goals are;

The Research Programme for Rain Enhancement was set up to exactly stay focused to the goals above. Another thing the body does is awarding innovative ideas related to water enhancement. So far, it has received 365 proposals over three years. 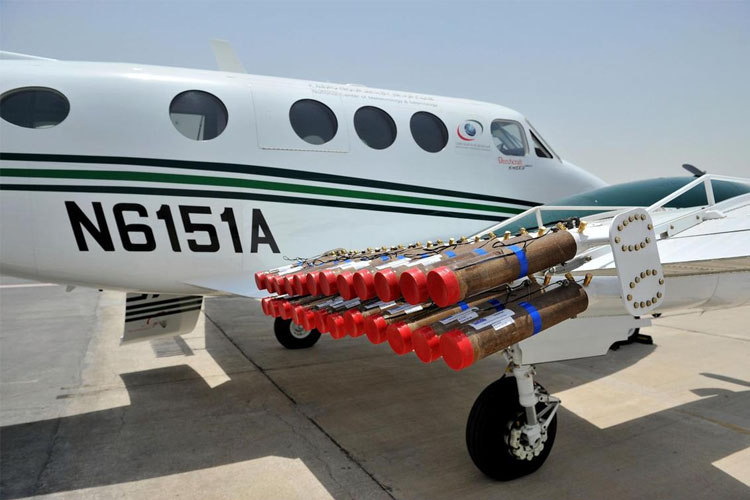 Why cloud seeding is done in the UAE

Some people would say “Does the country even have a choice?” The UAE is an arid region that typically experiences approximately 120mm of rainfall annually (and sometimes, even lower). The country’s landmass is 80% desert which of course makes water a very scarce commodity, what is common in a place like this is harsh weather. Water is one of the most essential elements of life whose importance can never be undermined. If we have to start briefing on the benefits of water to man, then this would probably transform into a textbook that is an article on its own.

The UN predictions indicated that, by the year 2025, about 14% of the global population is set to experience a threat of water scarcity. This scarcity is expected to be more severe in arid regions like the UAE. Though, the country is on its feet working tirelessly and ready to explore different technologies to tackle the scarcity of water in its continuously growing population for both the present day and future.

A few nations have indeed embraced the cloud seeding process with enthusiasm. It is a sure solution to lower precipitation rates. Recently, the UAE head of cloud seeding operations “Khalid Al Obeidii” stated that they planned on increasing its rainfall by 15 to 25%

In the UAE, cloud seeding is much cheaper compared to other means it uses to generate water like the desalination process; which is indeed a very expensive process though, it one of the major ways in which the country gets all of its drinking water.

How cloud seeding is done in the UAE

The UAE is indeed a nation of the future. Known for its advancement in the field of technology, so you should expect most things done here to be world-class. It is among the first countries in the Middle east to welcome the cloud seeding technology as a means of boosting its water resources. The country employs the latest known technological types of equipment alongside highly sophisticated radars put in place to monitor the atmosphere as it changes at all times. These equipment are there to detect when there are formations of clouds that are seedable (contain significant amounts of water droplets). If the result is positive, then the appropriate team is signaled to carry on the seeding process.

There are three known ways in which the cloud seeding process is done in the UAE, there are: 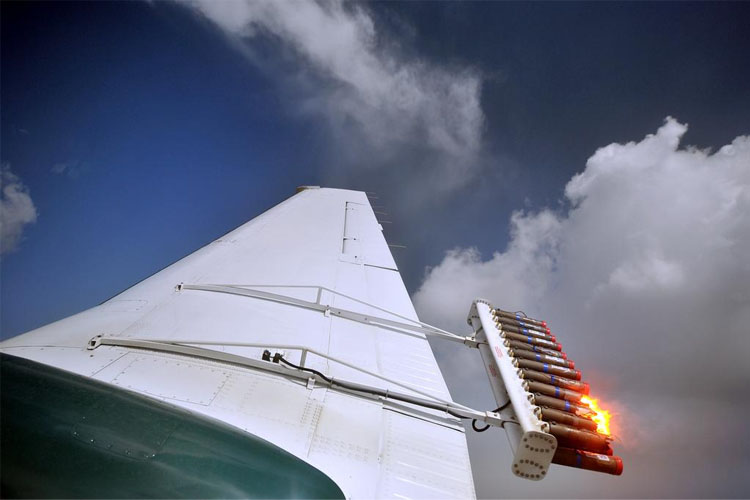 UAE’s NCM has a section that manages cloud seeing applications. Of the many objectives they have, here are some key areas where they are focused on.

Where are we headed to?

UAE spans about 84,000 km². 80% of that landmass is desert. This means we are in a shortage of water. Not just that, having the most part of the country arid and desert, our weather condition is far too hot which increases our power consumption significantly. We need air conditioners everywhere. Desert, Shortage of water, lack of rainfall, and excessive requirement of power consumption – the only way to cope with this is to be innovative and inventive about the ways we can increase the water sources – both groundwater and rainfall. It is a chain of reactions that affect each other and trying to change the natural weather is indeed a great task ahead that can only be approached using advanced technologies. It is glaring that the UAE is trying its possible best to meet up to its challenges and the progress is greatly visible. It is investing greatly in projects that manipulate the weather thereby making it favorable.

Our next step towards the development of new methods to increase the precipitation would be to artificially create clouds. The research for the same is underway as per the sources from NCM. One of the many methods that are being assessed to create an artificial cloud is to heat up the layers of air. If that were to be possible, harnessing solar energy to create more precipitation, it would be a remarkable feat towards our goal to reduce power consumption and climate change.